I created this ritual both for myself and for others as a structured way in which to honor Loki and Sigyn, and to feed the gods. To understand Loki in the context of the sacramental fire, and the importance that burnt offerings holds in strengthening the holy powers, I recommend my previous articles: A New Place for Loki part I and II. This ritual was primarily inspired by the Vedic ritual of Agnihotra, a ritual of burnt offerings with Agni (fire) as the central focus.

As Loki is the vehicle through which the gods are fed, this ritual can be used to honor any god or goddess, and can also be used effectively during blót. As I am presenting it here, it can be used as a simple daily or weekly practice to honor Loki and Sigyn, pray, and commune with them, and to empower and strengthen the gods and their influence in the devotees life. 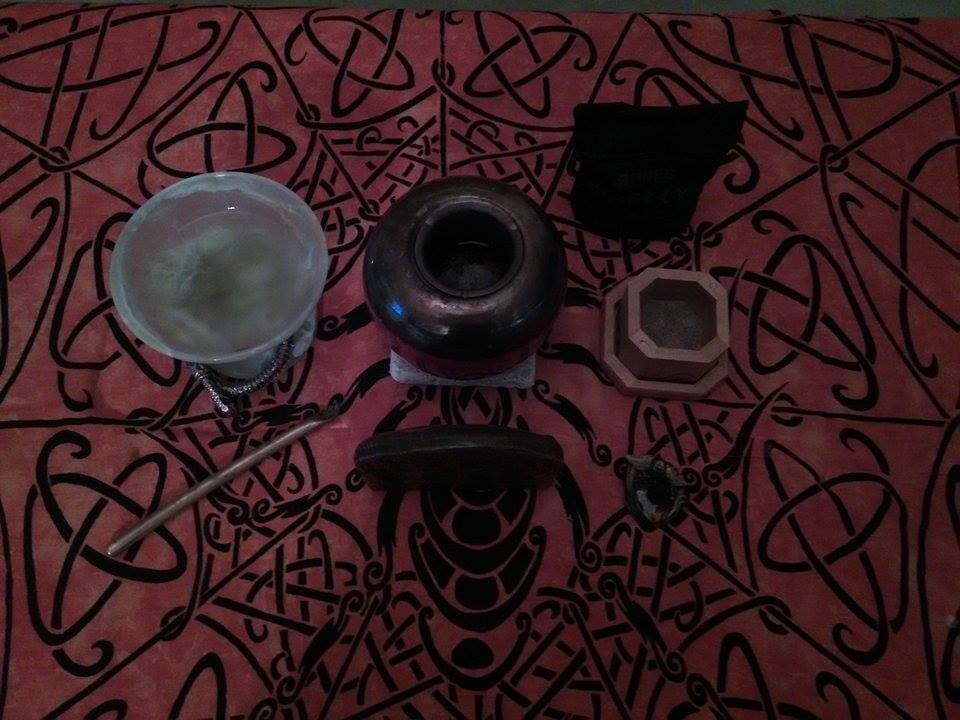 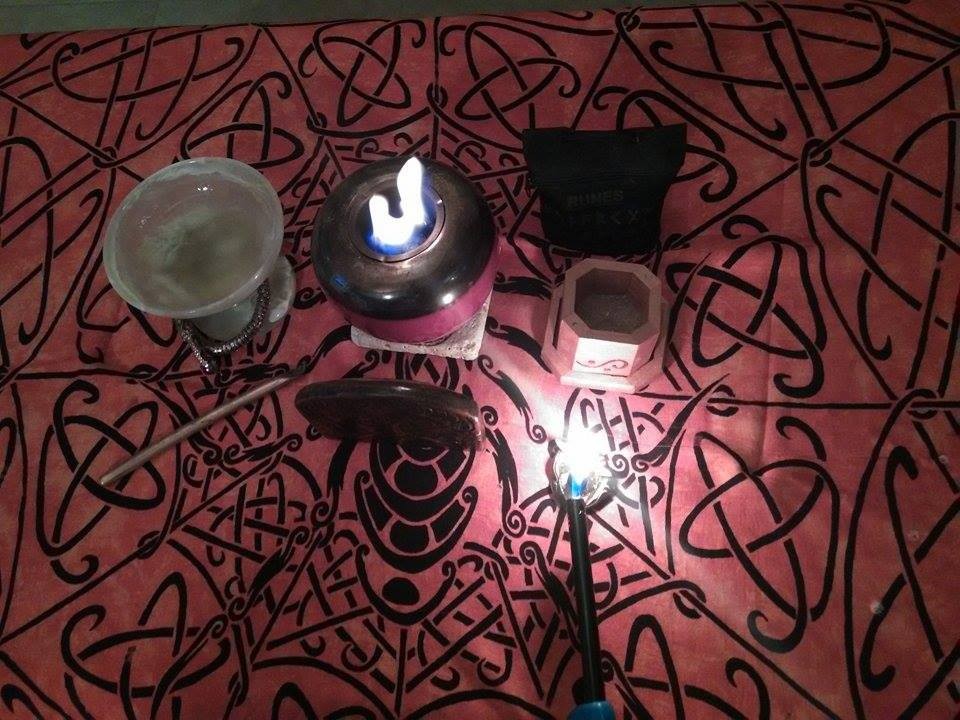 Light the central fire and the incense. 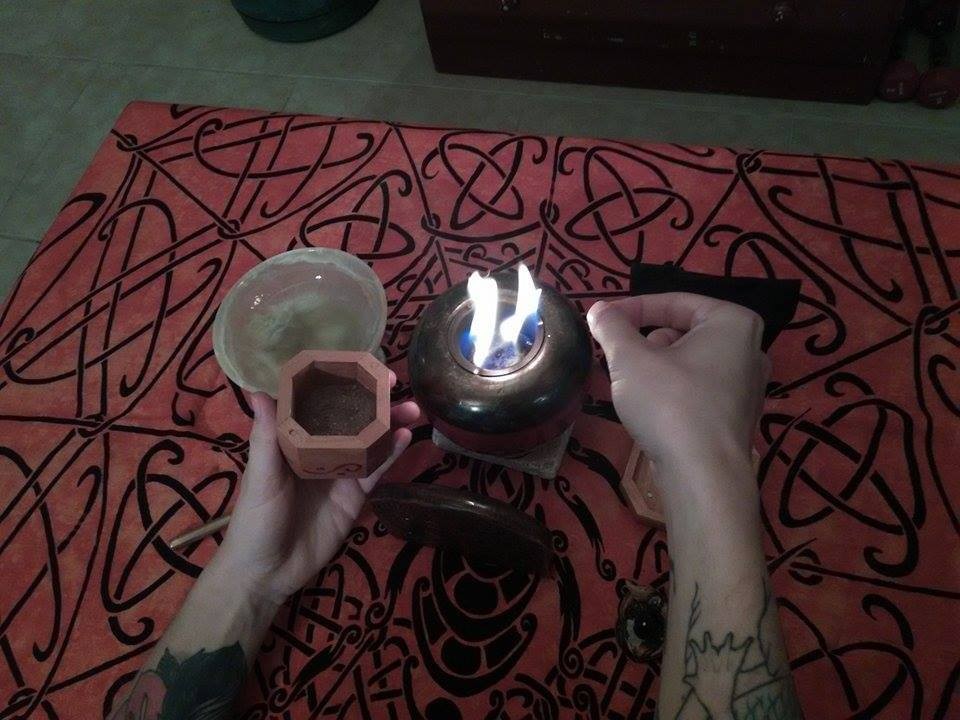 Sprinkle birch powder into the fire while saying the following invocation:

Welcome, now, Loki,
and take this crystal cup
Full of ancient mead.
Loki, Lord of heaven’s fire
Lightning swift Loptr, come
Greet me kindly Gammleið
Great priest of sacrifices
Fill my heart with your flames
First among the sons of Muspell
Cunning one, carry my prayers
Across the Ása Bridge
Through your mouth the gods feast
May they ever grow in might
Mighty king, clothed in red and gold
May there ever be frith between us
Hail Loki

The birch bark is representative of Laufey, Loki´s mother, and the wood that Loki (the sacred fire) emerges from. Lafuey (“leafy one”) is the tree from which the sacred fire from heaven is born when she is struck by Farbauti (“cruel striker”) the lightning. I personally associate Laufey with the birch, which as her name and the Berkana Rune Poem’s suggests is a leafy tree. The Norwegian Rune Poem for Berkana is also the only Rune Poem that specifically mentions Loki. 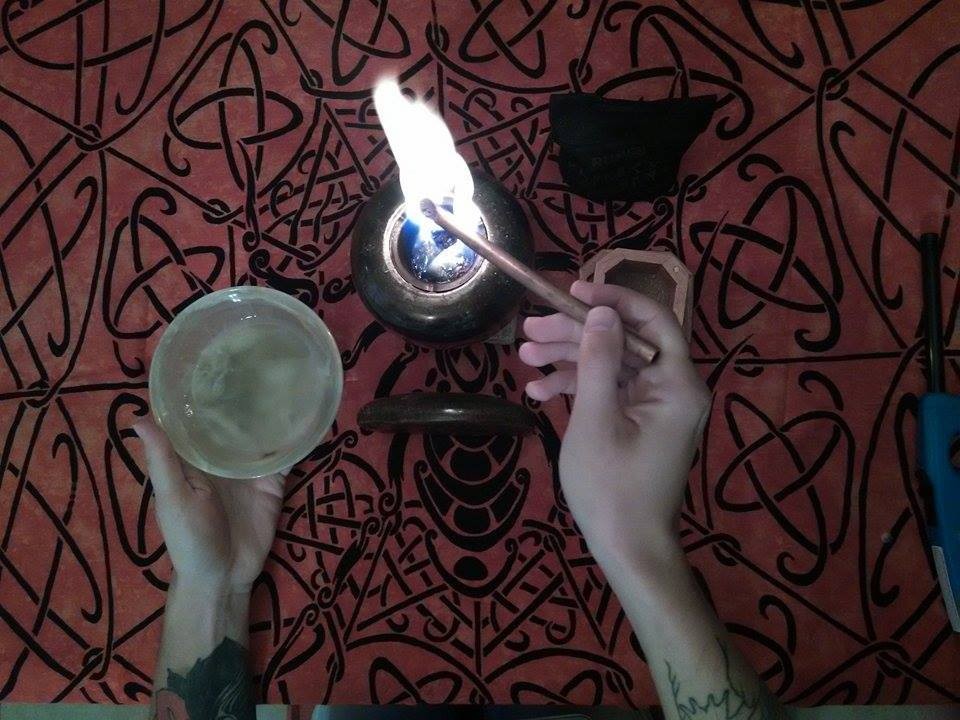 Use your spoon or twig to drip the alcohol from the bowl and into the fire while saying this incantation:

Through this process, the god’s offerings are poured from Sigyn’s bowl and onto Loki: the gift bringer and messenger of the gods. The spoon or twig is representative of the serpent: traditionally a symbol of transformative power and healing. Sigyn’s name, “victorious girlfriend”, is invoked for victory for the worshipper/s and the gods, just as Svaha, Agni’s wife’s name, is chanted with oblations to Agni during the Agnihotra. 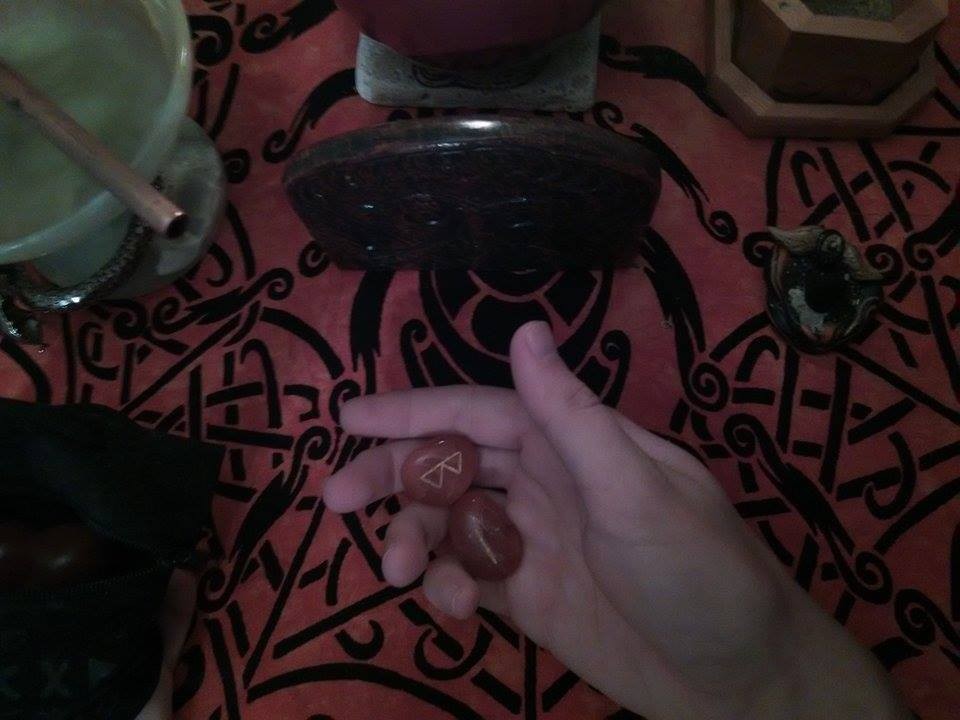 The rest of your time in this ritual is spent praying, meditating, pulling runes to ask for the god’s advice, or whatever you feel. Ideally, you can sit in prayer or meditation until the fire burns itself, upon which the ritual is complete.